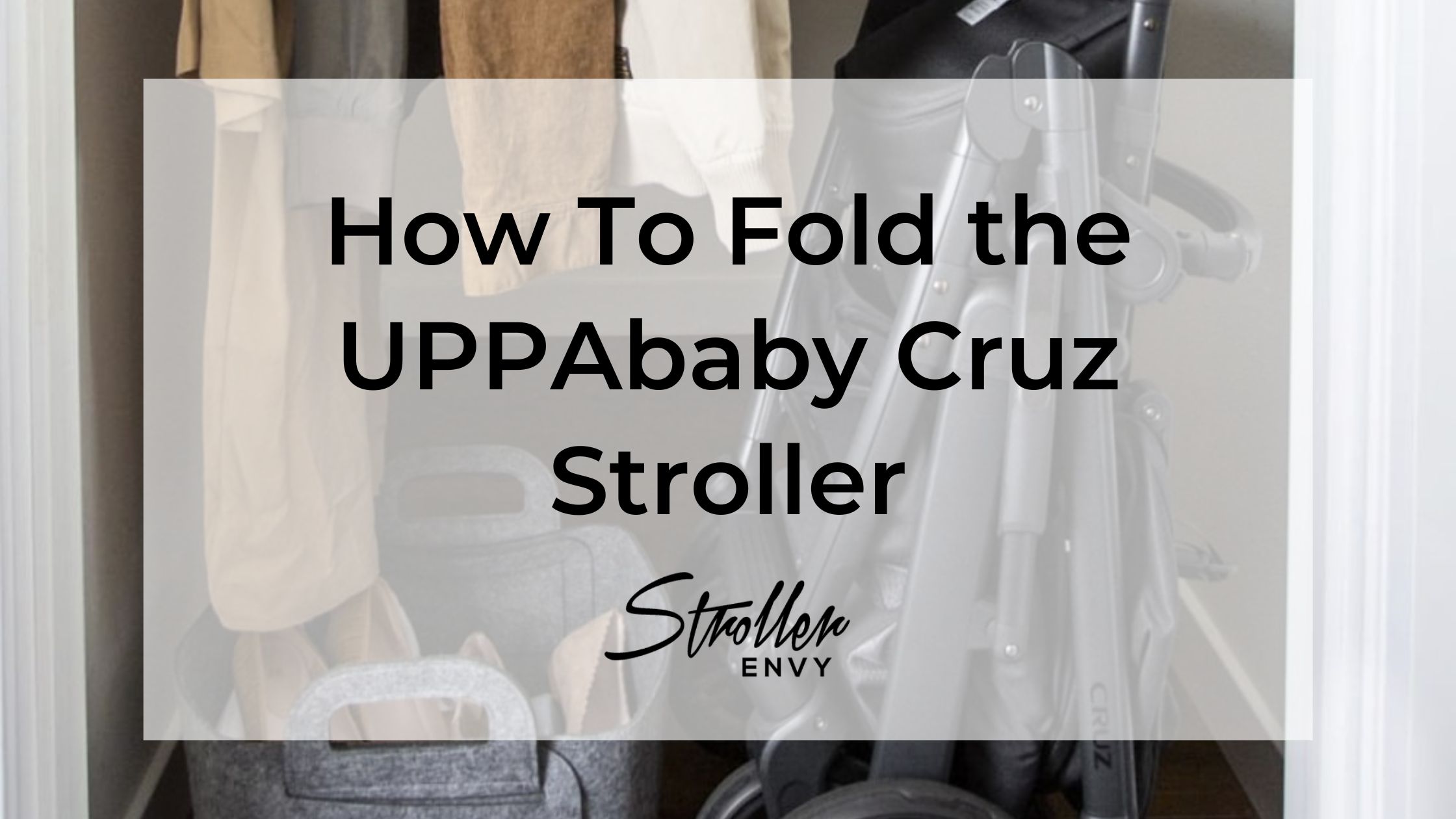 You’ve purchased your brand new UPPAbaby Cruz at the store and you can’t wait to tote your little one around in it. Next thing you know, you need to load the stroller into the car for your big outing of the day, and you have no idea how to fold it.

The salesperson at the store made it look so simple and quick, but which button did they press to collapse it so smoothly?

In this guide on how to fold your UPPAbaby Cruz, we’ll take you through this process step by step so that you’re prepared to seize the day with your beautiful stroller.

How to Fold the UPPAbaby Cruz Stroller

Many people take note of the folding mechanism when stroller shopping. Some strollers have one-handed folds, while others require one or two hands-on steps to make the magic happen.

Folding mechanisms are important elements that contribute to a stroller’s portability and overall ease of use.

While having someone in the store show you how to fold the stroller you’re thinking of buying is helpful, it’s useful to have a video on hand to remind you how to repeat this process at home.

Check out UPPAbaby’s video of the folding and unfolding process for the Cruz V2, the latest version of this high-end stroller.

If you’re familiar with the UPPAbaby Vista stroller, the folding process for the Cruz is very similar. Let’s walk through this quick procedure step by step.

Use your foot to press down on the stroller’s brake lever, which is just inside the right rear wheel. The brake indicator should change from green to red.

Before doing this, it’s helpful to make sure all four wheels of the stroller are facing forward so nothing gets in the way as the stroller collapses.

Although having the brake engaged is not required for folding, it makes collapsing the stroller much easier because it will not roll away from you as you apply pressure on it.

If left open, the fabric canopy can get in the way and make for a messy folding process. If you were walking in the sun with your little one, now is the time to pull the canopy back to its fully retracted position, and zip it closed if need be.

The stroller can fold with some smaller items in the storage basket, but to ensure the most compact fold for stowing your collapsed stroller, make sure the seat and the basket are both empty.

If you had the telescoping handlebar extended to accommodate parent height, lower it to the shortest position before collapsing the Cruz.

Place your fingers on the two release triggers to the left and right of the handlebar. Pull the triggers upward to release the lock and rotate the handlebar down to the ground. The body of the stroller will follow and collapse.

Push the handlebar to the ground so that the stroller is resting on the handlebar and the rear wheels. It can now stand in this position on its own.

Make sure the stroller is collapsed tightly enough that the latch on the left side of the frame (with the handlebar facing you) is engaged. This will ensure that the stroller stays collapsed and doesn’t spontaneously unfold.

Although not required, lowering the toddler seat footrest will make your folded stroller more compact.

This can be accomplished by pushing inward on the two buttons at the base of the footrest, where it meets the frame of the stroller. While the buttons are pressed, push the footrest away from you and down toward the stroller wheels.

Now your stroller is folded and ready to be loaded into the car or stored in your home.

How Do You Unfold the UPPAbaby Cruz?

When the Cruz is propped up in the folded position, stand behind it so that you are closer to the stroller’s handlebar and farther away from the stroller’s wheels. From that vantage point, there is a latch on the left side of the stroller frame that keeps it folded.

Pull the latch outward to disengage it, and rotate the handlebar of the stroller upward to its normal position. The stroller should unfold easily. Re-adjust the footrest and handlebar to your preferred position.

How Do You Fold the UPPAbaby Cruz V2 with the Toddler Seat?

The only additional step UPPAbaby recommends on their website is to adjust the seat’s recline to the second most upright position. Otherwise, proceed with the steps above and you should have no problem folding your stroller.

Can You Fold the UPPAbaby Cruz with the Seat Facing You?

The Cruz stroller does not fold compactly with the toddler seat in the parent-facing position.

If you’ve been strolling with your little one in the rear-facing orientation, you’ll want to remove the toddler seat from the stroller frame before collapsing it.

How Do You Fold the UPPAbaby Cruz Bassinet?

The UPPAbaby bassinet breaks down and collapses to a flat position for easier storage.

If you’ve purchased the optional bassinet for the Cruz and would like to fold it, first remove it from the stroller. Do this by pressing the release button at the center of the bassinet’s handle and lifting it upward and off of the stroller.

If the canopy was extended to cover your baby, return it to its folded position by pressing the buttons on either side of the bassinet, where the canopy meets the bassinet frame.

Once the canopy is folded, remove the bassinet mattress. You will see two struts at the front and back of the bassinet base. Use the fabric tabs to pull the struts toward each other, allowing the bassinet to collapse into a flat position for easing storage.

UPPAbaby also has a helpful video showing the location of the stroller bassinet gliders and how to return it to the open position for use on the Cruz or the Vista.

Now you have all the information you need for folding your Cruz stroller at your next destination!

If you’re looking at the Cruz as your next potential purchase or need more details on this luxury stroller, read our full UPPAbaby Cruz Stroller Review.

If you’re looking for how to fold the Vista stroller, see our guide here. 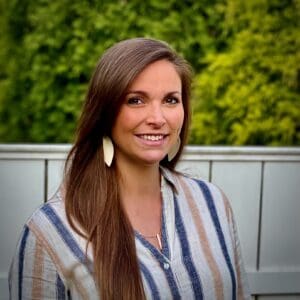