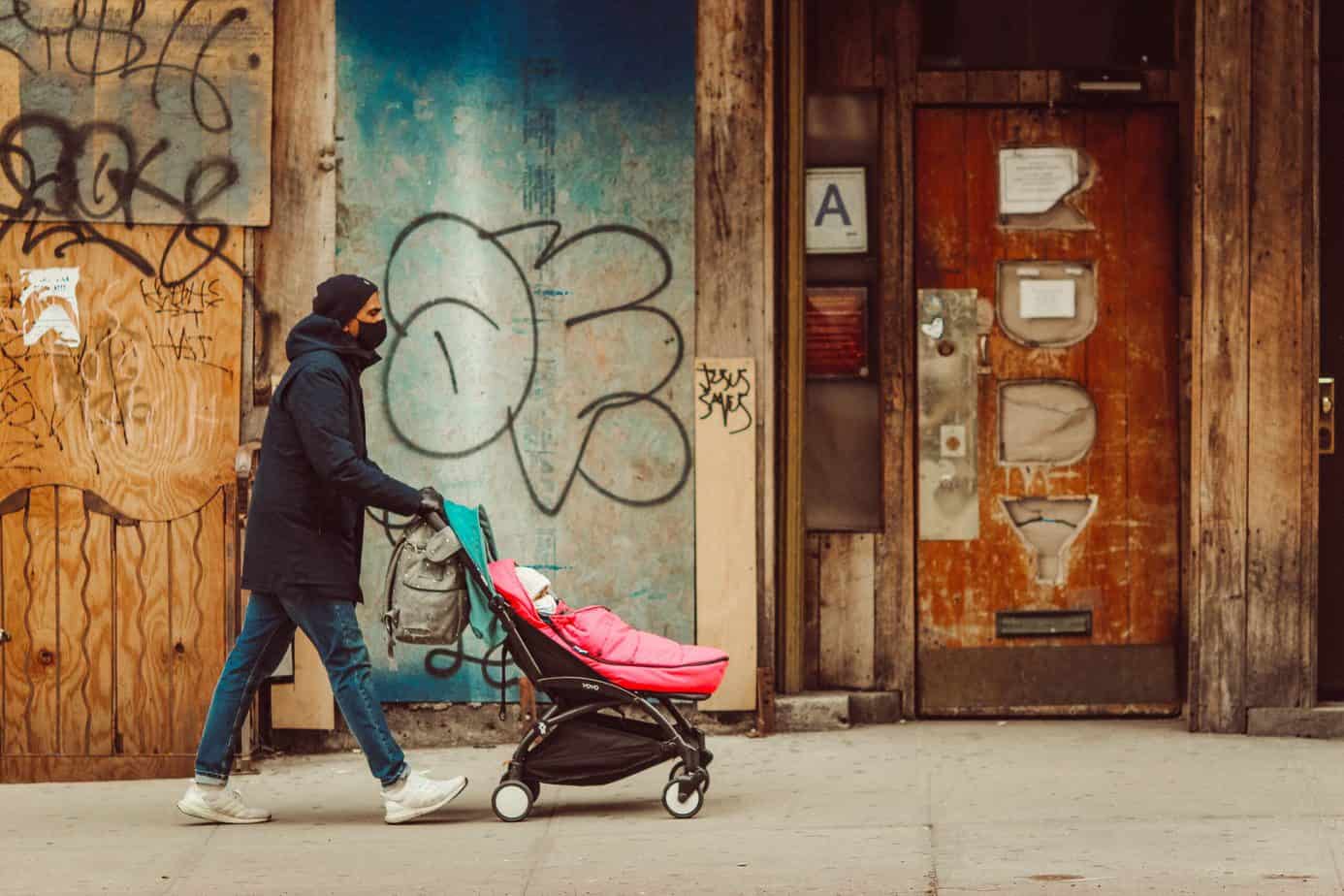 Do you have trouble figuring out how to fold your brand-new stroller? Don’t feel bad! There are many different brands and models of strollers, and they don’t all utilize the same folding mechanism.

We’ll go through how to fold a stroller and some potential issues you may come across along the way.

How To Fold A Jogging Stroller

Although the folding techniques of jogging strollers vary, here are some standard procedures to follow:

Engage the brakes and lock any swivel wheels in place before folding. The brake mechanisms/levers are generally positioned on the back wheels.

Swivels are typically found at the front of the stroller and are often maintained by a lever that secures them. Some, on the other hand, may have a push button located on the side of the stroller or be controlled by turning the handlebar.

Grasp the top of the canopy and pull it back toward the rear of the stroller, away from the handlebar.

Before you begin to fold the stroller, make sure all of the add-ons are removed. Sunshades, food trays, and cup holders are examples of popular attachments. If a component isn’t necessary for the stroller, consider it an accessory and remove it before folding.

There should be a lever,  catch, handle, or push-button that releases the locking mechanism of the frame. It might also be a combination of a push button on the handle and a lever on the side. If you’re not sure, consult your user guide. Attempting to force any mechanism can result in damage to the functional components.

The easiest way to collapse a stroller is to push the handles forward, folding in the middle. The handles rise over the front wheels as a result. They should include a lock that secures the stroller closed.

Addressing The Folding Of Different Brands

Would it not be simpler if all strollers folded in the same manner? That moment will arrive at about the same time pigs learn how to fly.

While we can not possibly describe every stroller’s fold in detail, we have compiled a list of folding techniques for some of the most recognized brands:

The older Graco models had a one-hand fold mechanism, which has been updated in recent years. Steps 1–5 may be completed as previously:

If you’re still unsure how to fold your Graco stroller, check your instruction booklet or the manufacturer’s website for instructions.

BOB is a well-known manufacturer of jogging strollers. They have a simple fold mechanism. To fold a BOB stroller:

There are several easy-fold strollers from Burley, Britax, and Bumbleride. Follow these steps to collapse and store them:

The company Toddler Trend is a stroller producer for active parents. Many are foldable in one hand. To collapse Baby Trend Strollers, lay them down and grasp the handles from underneath (or vice versa).

The most well-known brand, in terms of strollers, is Chicco. It has a one-hand release fold mechanism as well. To unfold it, follow these steps:

Sara is a freelance writer from the Midwest. As a mom of 3 boys, she knows how much abuse a stroller can take.